Autonomous Driving Challenge between Cruise and Tesla in San Francisco 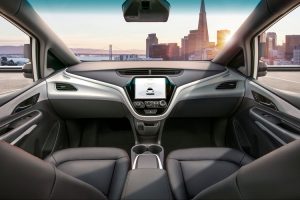 Cruise, owned by General Motors, is one of the first companies operating autonomous vehicles in San Francisco, USA. They have been operating them since March and by June they got licensed to drive paid users around parts of the city, with some limitations:

“Cars will be limited to a maximum speed of 30 miles per hour (48 km per hour), a geographic area that avoids downtown and the hours of 10 p.m. to 6 a.m. They will not be allowed on highways or at times of heavy fog, precipitation or smoke.”

By this month (November 2022) their operating area has been expanded to entire San Francisco, which indicates the early operation is doing well. To understand how this looks like in real life, Omar Qazi produced a video comparing Cruise and Tesla (on FSB Beta 10.69.2) driving both between the same end-points in the same time. Interesting take from that is that Cruise takes 35 minutes for the trip, while Tesla gets there in 20 minutes.

BeMup Getting around gets easy!